Amanda Bynes Reveals All About Her Plastic Surgeries

It is common for celebrities to deny having plastic surgery, but there is one celebrity that is owning up to all her plastic surgery. The Amanda Bynes plastic surgery is not a rumor or allegation. It is the pure and simple truth.

The former Nickolodeon star has had no qualms in admitting her plastic surgery procedures. She has even gone as far as to divulge the intricacies of the procedure. Many have criticised Amanda saying that she is giving a little TMI, but isn’t that what we all want?

Byne made her acting debut at seven years old in a Bunch A Crunch TV commercial. It wasn’t until 1996 before she got a real break. This time, in the TV series, All That. Following that, she secured a lead role in her own show, The Amanda Show. Her first brush with the big screen, however, was in the film, Big Fat Liar. She has since made several film appearances including What a Girl Wants, She’s The Man, Hairspray, Robots and Love Wrecked.

Amanda Bynes Breast Implants Before and After

Amanda has revealed that she has undergone numerous surgeries including, boob job and nose surgery. The star has used the Twitter platform for these revelations. 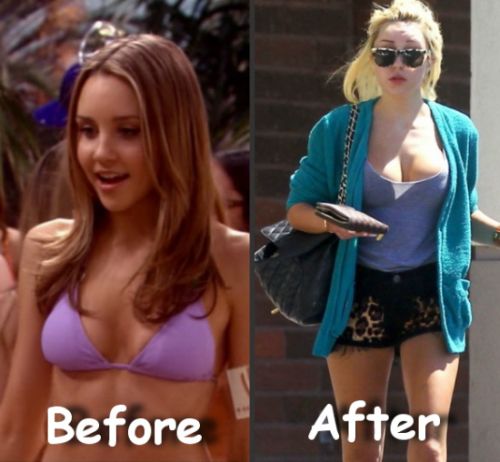 Amanda Bynes breast implants before and after

Byne has never had to quell a rumor regarding plastic surgery because she has been forthright with it. The first plastic surgery that the actress had was a breast augmentation. However, the larger breasts were short-lived, as not long after the star tweeted that she had them removed because they were simply too uncomfortable. She posted a picture of herself, skimpily clad in her underwear, to show her reduced breast size.

Amanda has also revealed that she had a nose surgery. This surgery, she said, was to overcome a birth defect. This birth defect, she said, is a webbing between her eyes. The first procedure did not produce the desired results that Byne wanted. As a result, she scheduled several follow up surgeries to perfect, the imperfections. 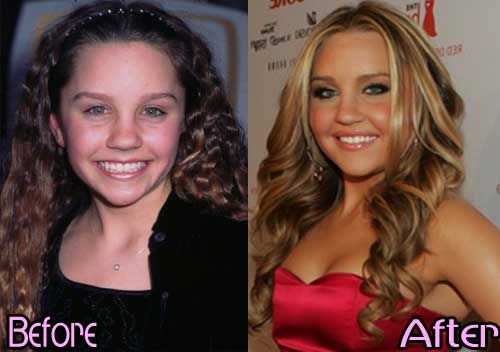 Amanda Bynes nose job before and after

In one of her tweets she said that her broken nose was causing the bone beneath her eyes to protrude. As a result, she admitted that she refuses to stop having surgeries until the bone is shaved off.

Critics had said that Amanda’s numerous surgery has gotten out of control. However, the star seems to think otherwise. In one of her tweets, the actress said, ” . .. surgery is a complete miracle for me.” In another tweet, the Bynes said, “there is a surgery for everything that is wrong with you.” The latter may be interpreted that as long as Amanda keeps finding faults with her physical features, she is going to continue having surgeries. 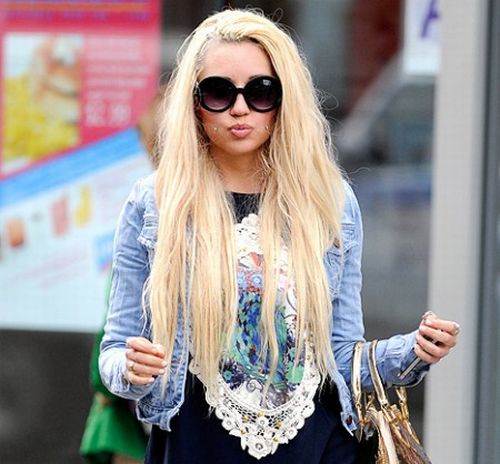 Amanda Byne is probably the only star that has been honest about her plastic surgery procedures. Many argue that she may have been too honest. However, her honesty is quite a good thing as none of us will ever have to speculate about Amanda Byne plastic surgery? With that being said, do you think the star is much to addicted to plastic surgery?