Ashlee Simpson is amongst the select few met with stupendous success at the start of their careers. Her first album, Autobiography debuted at number one in the US, but soon enough in 2006 Ashlee Simpson plastic surgery drama began. The singer-songwriter was mostly accused of going for a nose job to downsize her nose, but she denied going under the knife. Later on, her dad revealed that she actually had a breathing problem which was cured. Ashlee also accepted the nose job later.

Let us have a look at Ashlee Simpson Nose Before and After photos and analyze the change in features.

Ashlee used to have a large crooked Roman nose. Given the role a nose plays in the overall appearance of an individual, even a slight change in its structure gets noticed. In 2006 there was a considerable change in her face. The nose appeared straightened, smaller in size and slimmer. The removal of bump from her nose was quickly captured by the paparazzi. Ashlee right away didn’t accept any change in appearance or going under the knife. “Everybody’s already saying it, so I just don’t talk about it,” was her initial response. 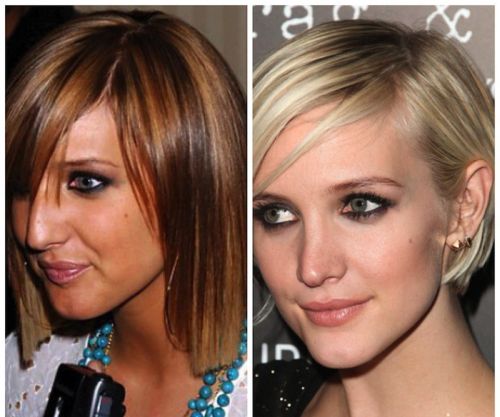 Ashlee Simpson nose job before after

In an interview with Fox News Ashlee’s Dad accepted the surgery and reasoned that it was rather a breathing problem which was cured. “Girls have their own ideas. Anyway, there was a real problem with her breathing and that was cured,” he said.

Later on in an interview with US Weekly Ashlee also accepted the rhinoplasty but denied that she did it because of insecurities; Ashley insisted that she looked the same. She said, “I was never really unhappy with how I looked, (and) I don’t think I am more beautiful than I was (before). I just see the same old goofy girl I see every day.”

The celebrity advised people to consider that the surgery might go wrong before opting for it. “If people want to get surgery, it’s a personal thing. But it’s not something anyone should rush into. Once it’s done, it’s done,” she was quoted as saying.

Ashlee Simpson has been also accused of going for regular lip fillers by the insider. Ashlee was actually confronted by her sister Jessica to stop lip injections, as her lips seemed overdone. 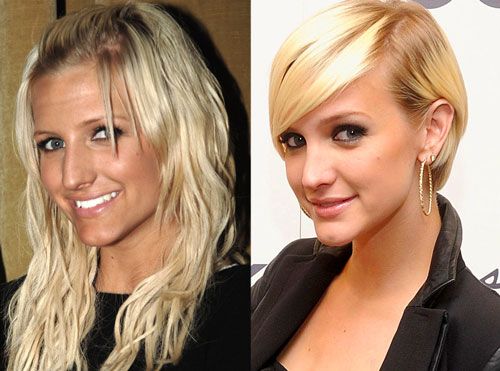 “Ashlee regularly uses fillers and plumpers for her lips. But Jessica believes Ashlee has gone overboard and told her to stop looking like one of the Real Housewives!”

Ashlee Simpson Boob Job before and after photos showcase Ashlee’s breasts to have grown in size. From just an A cup her size changed to B cup as per the allegation stories on these circulating breasts augmentation photos. The breast implants have been deemed as natural looking though.

Ashlee Simpson Chin surgery before and after’ photos have also been doing rounds. The singer has been accused of minor touch-up in the chin. Her chins do not protrude and appear shorter now. 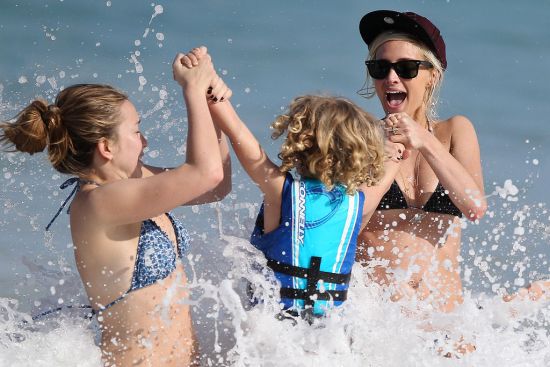 Of all the aforementioned surgeries, only a nose job has been confirmed. There is no denying that Ashlee Simpson looks beautiful with the change in her nose structure. Other Ashlee Simpson plastic surgery allegations viz. the boob, chin and lips seem to be purely a rumor mill product. What is your take on Ashlee’s look after the nose job?