In the second season of Mob Wives (American reality television series), Big Ang made her debut and rose to fame. Big Ang plastic surgery was well-established in a VH1 blog post. This was only possible because the star boldly shared her photos from her past.

Big Ang is the brave type

Big Ang is pretty straightforward. She had no qualms in stating that she has gone under the knife several times.

She was cool with VH1 doing a blog post September 2013 featuring some of her photos demonstrating her appearance changes from the olden times to the current date. It was titled: “Big Ang Through the Years” and was published in 2 parts. It included 30 of Big Ang’s best photos and VH1 claimed that she had “reinvented herself even more than Lady Gaga.” A big salute to the 53 year old lady for coming out and accepting that she has got work done. 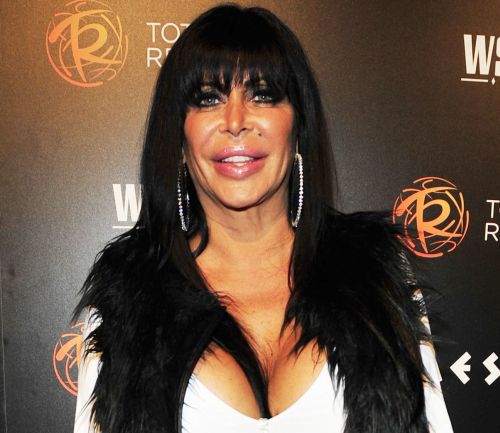 Big Ang accepted in an interview with radaronline.com that she has undergone about 6 implants – tummy tuck, liposuction, lip injections and breast implants included. She further went out to say that she is not happy with the wrinkles on her face. She will opt for a face lift and some work on her eye in the near future.

Big Ang revealed that she had her first breast implant in 1985 (Sponges were put in them). 10 years later she replaced it with saline implants as sponges aren’t safe. Again ten years afterward in 2005, Ang went for another breast implant. This time she replaced the saline with saline and silicon implants. Her large boobs are the most prominent part of her plastic appearance. 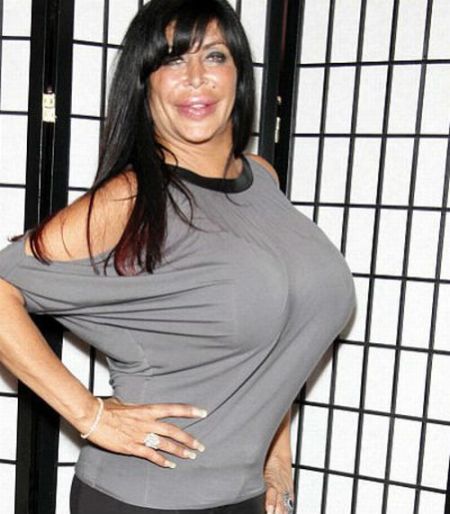 Big Ang has flat tire-like monster sized lips. Big Ang before and after plastic surgery photos show that she looked much better without undergoing lip injections. Her lips were full and she did not really need to go for these injections.

Big Ang before plastic surgery photos also reveal that she used to have a beautiful nose. But her obsession with plastic surgeries led to a current extreme chiseled nose. 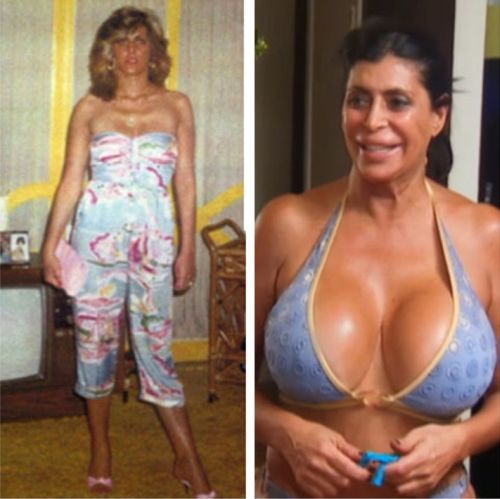 Big Ang plastic surgery before and after

Thanks to the Tummy Tucks and Liposuctions, Ang has a thin midsection. Overall though, she appears like an upside down triangle, with huge top in contrast to her little bottom.

There is no denying that Big Ang looked really good before going under the knife. Her insecurities with her body surfaced after giving birth to her first child, which led to her obsession with plastic surgeries. Nonetheless, she is adored by her fans for having a larger than life attitude and a beautiful heart. She is embraced in whatever form she portrays as the fans declare that ‘they just can’t enough of her.’ 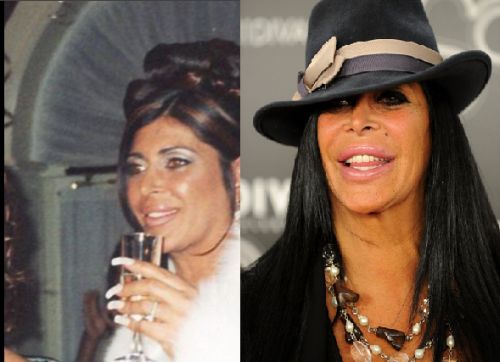 After Mob Wives, Big Ang (born as Angela Raiola) also performs in her own spin-off show Big Ang that premieres on VH1. Once in 2003, she was arrested for possession of cocaine. Besides dating many mob members, doing drugs and her cool attitude towards, she is ridiculed by many people. Big Ang Plastic Surgery nightmare has been amongst the most widely discussed topics on the internet. What is your take on the Big Ang plastic surgery chapter?