Farrah Abraham Plastic Surgery – Did She Need It at 22?

In the world of showbiz and glamour releasing se# tapes for getting famous has been much sought after. A significant aspect for selling your body is prominent features which might have led to the Farrah Abraham plastic surgery episode.

The 22 year old first shot to prominence in the entertainment industry with her appearance on MTV’s reality series 16 and Pregnant. It was Farrah’s teen pregnancy from her then boyfriend, Derek Underwood (killed in a car accident in December, 2008 which was the 8th month of Farrah’s pregnancy) that led to her debut on TV reality shows featuring Teen Moms. 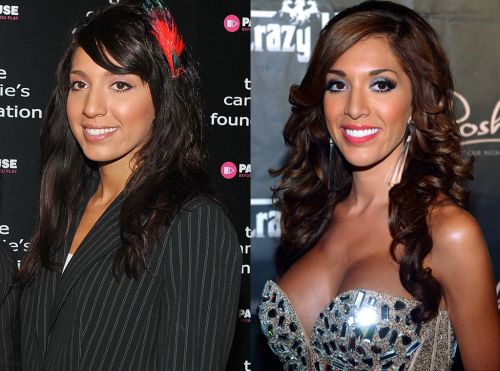 Farrah Abraham plastic surgery before and after

Before the se# tape, went viral, Farrah Abraham Plastic Surgery controversial stories had already started. Probably her low self-esteem had led to multiple surgeries. Let us evaluate the changes in her facial features corroborating the cosmetic surgeries and what Farrah Abraham has said about them.

Plastic surgery that she opted for: Boob Job, Nose Job and Chin Implants

The best part about Farrah Abraham is that she has audaciously come out and stated her love for cosmetic procedures. In an interview with Bethenny Franke, Farrah Abraham admitted opting for ‘breast implants before 21, rhinoplasty at 21, a chin implant (which was later removed) as well as lip injections.’ She went on to say that she is not done yet and will continue going under the knife in the future. 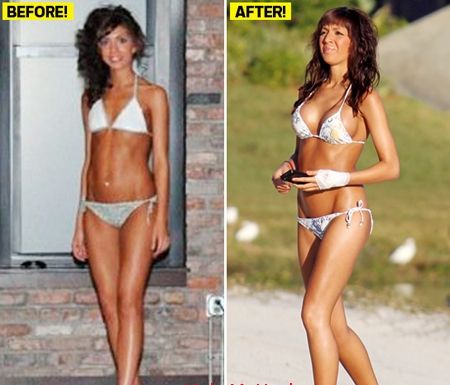 Farrah Abraham breast implants before after

Later on in 2013, Farrah went for a second boob job as she felt that the former implants started feeling like ‘water balloons’. This second time breast implant costed $ 7000 and transformed from saline to silicone. Her chest went from a C-cup to a D-cup and she came out stating that she feels much more confident as well as natural after this second breast implant.

Among other surgeries, Farrah has accepted going for lip injections in 2013.

A Nose Job and Chin implants were performed on Farrah Abraham on October 2012. The Farrah Abraham before and after photos were published by In Touch. Her new face cost her $ 16,000 and made Farah feel much more gorgeous than before. 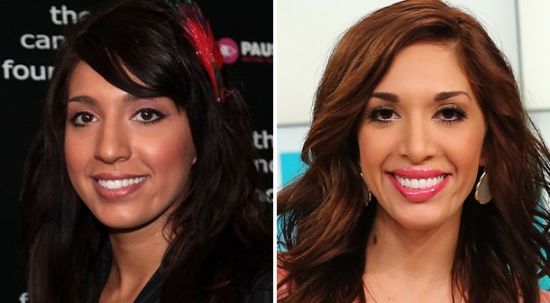 The latest in Farah Abraham plastic surgery episode is removal of chin implants by the teen mom in October, 2013. Farrah was again vocal about the undoing contemplating that she was never happy with the chin. Her doctor later stated that it was Farrah’s family members repeatedly pestering her about unnatural her chins which led to her decision of undoing chin implants.

Do you feel Farrah Abraham has had too much of the plastic surgery? Wouldn’t the 22 year old look beautiful naturally? Let us know your opinions.