The rumors around Jennifer Grey plastic surgery have overtaken the publicity of her acting career.

Being an American Actress, Jennifer stands at a strategic position which also means that most of her life is being monitored by her fans, critics and celebrity watchers. Her popularity increased after her role in the film “Dirty Dancing” and “Ferris Bueller’s Day Off”. She comes from a family where the mother was a singer and actress while her grandfather was a comedian and musician. This gave her a very good platform for career and life as a whole.

The recent years however has cast Jennifer in the wrong light. Her nose job has been the talk of everyone around. She happens to be an unlucky victim of a bad Rhinoplasty procedure. Her face was completely different after the nose job and few people could recognize her. Her face also changed to some degree that friends found it difficult to identify her. 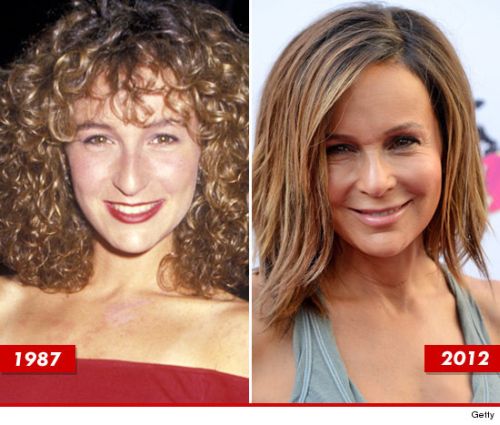 In her hey days, Jennifer was known for her stunning beauty that was not only original but also very attractive. Critics termed the decision to go under the knife as the worst ever she had made in her life and career. It affected her public life, her private life and her career life in different measures. The problem with her changed looks didn’t just stop with the friends and relatives that were unable to recognize her but it also eroded her identity making people remember her only for her nose job.

Her personal confession is even more touching when she says that she went into the room as a celebrity only to come out anonymous. It made her invisible to the world and to her own self. She was slowly and gradually losing touch with her life and the connection she had with friends.

Jennifer’s new nose was not that terrible but what it did was to change her identity. This in turn made her to contemplate changing her name in order to feel comfortable in her new appearance. That thought however strayed away and she still remained with her original name. In as much as her new nose is great, it misrepresents her. 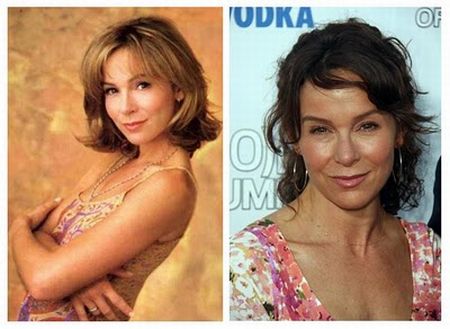 Rhinoplasty is a surgical procedure that can be used to reshape or repair a defected nose. It can be done both for cosmetic and medical reasons. The procedure is usually performed through the nostrils meaning the cuts and incisions that are made are not visible to the outside. For those who really need this surgical procedure, it is a very instrumental practice.

Rhinoplasty can be isolated as one of the major causes of the downfall of Jennifer Grey and her career. She could not put up with being a different person than she was before. The nose which was her specialty was gone. Rhinoplasty procedures are irreversible and as such you may have to live with the consequences of a bad choice.

On a scale of 1 to 10, Jennifer Grey plastic surgery may have scored 10 in terms of changing her appearance and giving her a more appealing look. On the other side however, she scored a zero in terms of career and personal life. She lost it all!