Jennifer Hudson rose to fame in 2004, on the third season of American Idol. She managed to get the seventh place on the show, but larger avenues, were awaiting her. The 32 year old met with great success as a singer, actress and spokesperson. But something about her appearance has turned weird.

From being the Hollywood’s ‘big girl’ at the start of her career, she transformed to be a part of ‘team slim waist.’ How did she do it? Well, Jennifer Hudson weight loss surgery has been much talked about in the media and the internet. Let us have a detailed look into the episode.

Jennifer Hudson wanted to be skinny and she even resorted to starving herself. Her diet regime was strict and she didn’t eat a pizza for close to 10 years. Not only this, she was mentally much stressed since expected weight loss results weren’t emerging. Soon enough Hudson realized that her approach of depriving self of favourite foods was flawed. 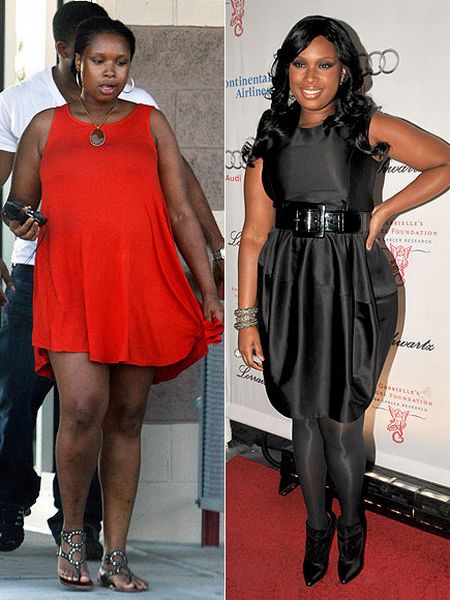 Jennifer Hudson before and after

She was appointed as the celebrity spokesperson of Weight Watchers’ in 2010 and she managed to shed 80 pounds. How did she do it? Jennifer did it the Weight Watchers way.

No more shunning of her favourite food – pizzas and delicious chocolate chip cookies were now a part of her diet. But the key was to have ‘everything in moderation.’ The toughest part of this plan was maintaining the diet and not fall-off the diet plan.

When you see such a tremendous physical transformation of a celebrity’s body, doubts about it being achieved artificially always surface. Hudson was suspected of going for bariatric or gastric bypass surgery to achieve desirable weight loss results. But the Dreamgirls star credited it to her Weight Watchers’ diet and her determination.

Similar article >> Did Rachel Frederickson Went Too Far On The Biggest Loser By Losing More Than 60% Of Her Body Weight? 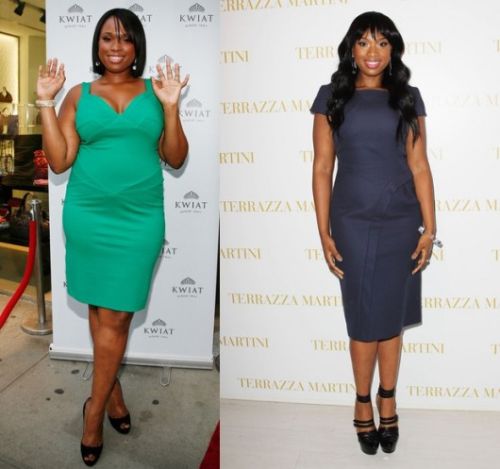 Jennifer Hudson before and after weight loss

In an interview with the Huffington Post, Hudson also went to say that people do not believe that is naturally possible. But, she felt insulted when someone pointed out fingers at her, stating she has achieved weight loss through surgery. She was annoyed that people try to discredit someone’s weight loss efforts and the marvellous achievements to a surgery.

Jennifer Hudson accepted going for plastic surgery on the face

Although Jennifer denied weight loss surgery, she did accept cosmetic surgery on her face on Oprah’s Show. She said that in order to ensure ideal lightning the dent on her lips had to be injected during starring in Dreamgirls. Even the doctor (besides Jennifer herself) didn’t want to go for the injections; her lips were beautiful even with those imperfections. But Hudson did it just for the movie. It was a great act of courage to state opting for plastic surgery by Jennifer Hudson. 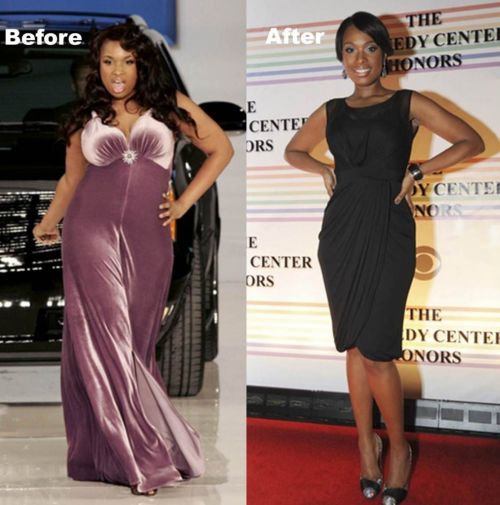 Jennifer is a marvellous talent and now with her transformed body, also a bombshell. It is hard to believe that someone like her would go for a surgery to reduce her bodyweight. Her own determination can easily do it. What do you think of Jennifer Hudson weight loss surgery episode? Do you believe it is true? We would love to hear your thoughts and opinions.