Kimberly Michelle Pate, known by her stage name K. Michelle is a talented musician. 5 years since the start of her career (in 2009) and she has been in the news for all the wrong reasons – her continuously growing rear.

Media has extensively covered K Michelle butt implants stories. Soon enough the R&B recording artist admitted to getting a butt lift. We should respect the honesty and courage displayed by her for accepting artificial enhancements at play on her body.

What did K. Michelle say about her voluptuous butts?

K. Michelle in an exclusive interview with radio station Power 105.1 FM revealed details about her backside. On The Breakfast Club, she accepted of having a butt lift, without any injections in butt cheeks. She explained that only the fat is taken out of one’s stomach in the surgery.

She went on to say that her simultaneous loss of weight actually makes the butt look even larger. 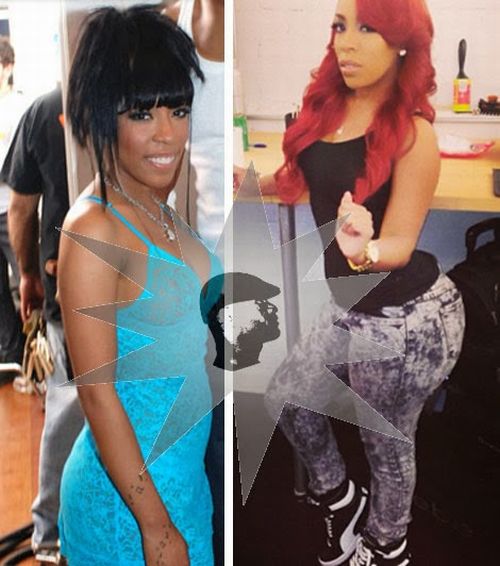 K Michelle butt implants before and after

Later in another interview with Dede (on K104 radio station’s morning show), Michelle accepted butt implants for her entire bottom. The show’s host Dede was all praise for Michelle on Twitter for honestly stating that her butts are not natural.

Did K. Michelle get a full body overhaul?

Before accepting butt implants, K. Michelle has even accepted to get breast augmentation and oral mouth surgery for fixing her teeth. In a fall out with her ex-boyfriend Memphitz, it was revealed that many of Michelle’s body parts are plastic. Memphitz claimed that he had paid for plastic surgeries of the star’s teeth, tits and ass.

As soon as K. Michelle went for replacement of her teeth, she posted a photo on her Instagram account showing her new smile. She expressed love for her new teeth in the caption of the photo.

What is interesting to note, is K. Michelle did not accept the butt implants during the above fallout episode with her boyfriend in 2012. She wanted to keep the illusion alive in her fans, that at least some part of her body is naturally se#y. Only later in 2013 she accepted getting her buttocks operated as well.

We can easily conclude that most of the K. Michelle’s body is plastic. Her over sized and famous buttocks are also not natural.

In March 2014, K Michelle fell ill and was hospitalized. The plastic surgeries she has opted for enhancing her physical appearance did not seem to go down well with her fans. Soon enough an article titled ‘K. Michelle hospitalized after butt implants reached freezing temperatures’ went viral on the internet mocking the R&B recording artist’s enhanced butts. 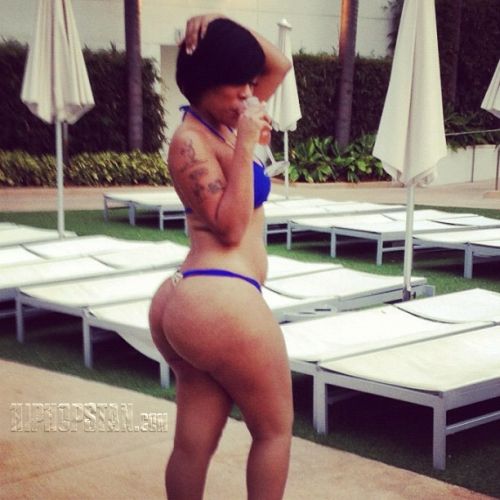 K. Michelle met great commercial success with her debut album ‘Rebellious Soul’ released on August 13, 2013. It debuted at number 2 on Billboard 200. Starting with releasing her first single “Fakin’ it” in 2009, she has come a long way in a small amount of time. Her songwriting, composing and performing skills are impeccable. But the big question that still remains is – Why do celebrities go for plastic surgeries to enhance their physical appearance? Are they not confident to face the world with their talents? The K Michelle Butt Implants episode gives the celebrities a chance for introspection.