Shilpa Shetty Plastic Surgery Has Done Wonders to Her Face

Shila Shetty is currently the Rajasthan Royals club owner in the India’s extravagant Indian Premier League. While she was a mainstream Bollywood actress once, now we don’t see much of her, in movies. After participating in Big Brother, she shot to international fame with the racism controversy involving her and her Big Brother house inmates Jade Goody, Jo O’Meara and Danielle Lloyd.

While that fame didn’t last long, she has been much talked about in media, for the perfect shape of her nose. When you have a look at Shilpa’s photos at the start of her career, you won’t fail to notice that she had a fat nose. Hence, the Shilpa Shetty plastic surgery rumours actually seem to carry weightage.

When did Shlipa Shetty go for a nose job?

When the tall, 38 year old actress, started her Bollywood career in the movie Baazigar (1993) her facial features were a little out of place. She had the talent and charisma to shine on the big screen though. So while she was shooting for her movie Dhadkan (2000), film director Dharmesh Dharshan recommended the actress to go for a plastic surgery. The nose job seems to be well executed and has definitely boosted her elegance. Her sharp nose now perfectly balances the other facial features. 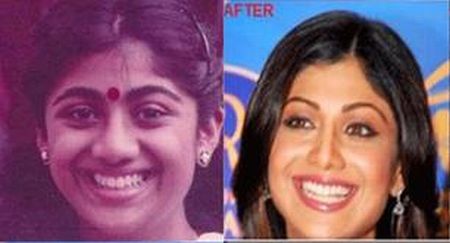 Shilpa Shetty plastic surgery before after

The actress actually has been reported to go for nose job twice. The first one went wrong and hence, in order to correct it Shilpa went for a second nose job. The good results that we see now can be attributed to undoing of damage by the second nose job.

What does Shilpa Shetty say on going under the knife?

Shilpa Shetty hinted that she has undergone a physical as well as mental transformation. Initially, Shilpa didn’t consider herself to be beautiful. She actually thought that she didn’t have the face to be an actress in Bollywood industry. But she wanted to transform and has actually changed vastly from the start of her career. In her own words “The metamorphosis of Shilpa Shetty has been slow and steady.” 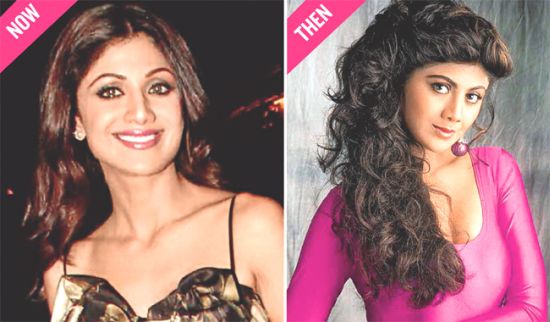 Shilpa Shetty now and then

Besides being blamed by media-houses and rumour mills of a plastic surgery, even Bollywood star Anil Kapoor targeted Shilpa Shetty alleging, that her beauty is plastic. Shilpa was very annoyed with this attack launched on her and retorted back with strong comments back at Anil. 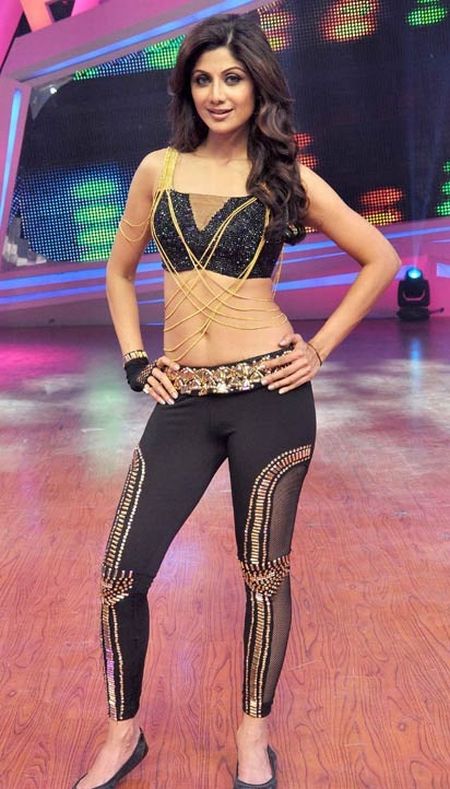 Plastic Surgery, has infiltrated the Bollywood industry deeply now. Many actresses, including the leading ladies, have been alleged of going under the knife for getting their beauties enhanced. Maybe, the ambitions of celebrities of appearing on the big screen can only be fulfilled when their features are perfect. Shilpa Shetty’s candid confirmation of plastic surgery shows great strength and character. What do you think of the Shilpa Shetty plastic surgery episode?