Rumors have been circulating that Desperate Housewives star, Teri Hatcher may have been a little too desperate in holding on to her youth. Teri Hatcher Plastic Surgery rumors are now more rampant than ever. Critics believe Hatcher’s face looks frozen which is a sign that she has undergone some surgical or non surgical procedure.

Having studied acting, Hatcher’s first acting job was as a showgirl on the popular TV series, The Love Boat.

Following her stint on Love Boat, she made appearances in several other TV Series; however, she became more well known for her role as Lois Lane in the TV series, The Adventures of Superman which she between 1993 and 1997 and the hit comedy/drama series Desperate Housewives.

She won an award for best actress for her role as Susan Mayer in Desperate Housewives. Teri has also made appearances in several films including Spy Kids, Tomorrow Never Dies and Heaven’s Prisoners. 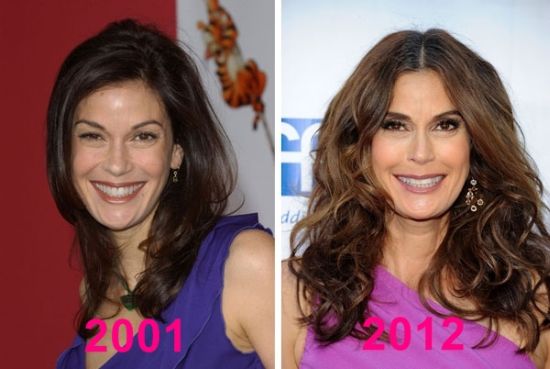 Teri Hatcher then and now

Many of Teri’s fans believes that she has aged well. However, before and after photographs of the star show her to look practically the same as she did ten years ago. As a result, speculations are running high that the star has had some plastic surgery on her face.

Teri Hatcher vehemently denies having done any plastic surgery on her body. In a bid to dispel the rumors the star took to FaceBook to prove once and for all to her critics that her face is as natural as it gets. She created a Facebook album which featured photographs of her fresh out of the shower with no make- up on. She wrote beneath the pictures that she has not had surgery on her face or botox. 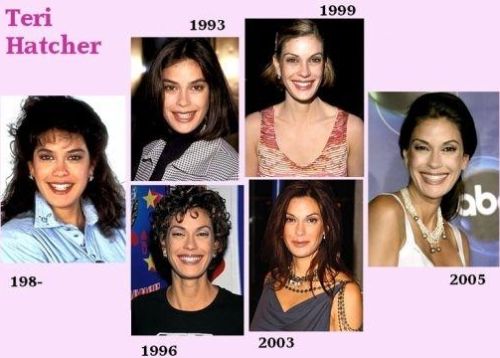 One picture showed the star raising her eyebrows. Beneath that picture she wrote that she raised her eyebrows and wrinkles are evident on her forehead. With regards to the rumor that she has had lip injections, she responded on the social platform by saying she can look like a monkey by putting grapes in her upper lip. She however added that she did toy with fillers and botox over the years. In fact, the actress previously admitted in a 2006 interview with Glamour Magazine to having collagen and botox in the past. The star said that she didn’t like the effects of the procedures and have since decided to just age gracefully.

In an interview with the Closer (Published August 2013), Teri again reiterated that she does not do botox. She however added that she is not ruling it out, if she should ever feel uncomfortable about an aspect of her body later on in life. 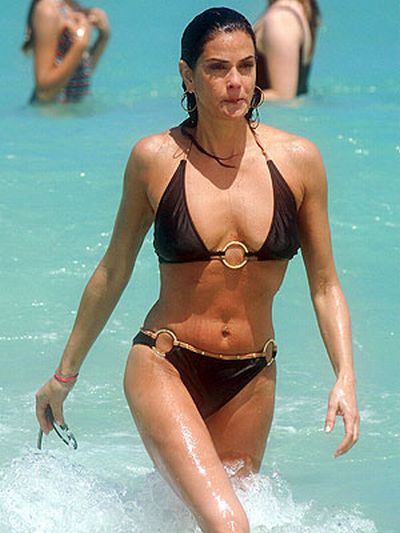 Despite Ms. Thatcher taking to social media in a “desperate” attempt to dispel the Teri Hatcher plastic surgery rumors, it seems that those rumors are here to stay. The fact that the actress looks much the same as she did 10 years ago in Teri Hatcher before and after pictures is not helping her plight. So, is Teri aging gracefully or is she still secretly taking botox?