Wendy Williams Net Worth – Nothing Is Gonna Stop Her!

Wendy Williams net worth is estimated to be close to $60 million. She accumulated her wealth majorly from her talk show The Wendy Williams Show, but of course she is a former DJ and radio presenter.

Wendy is known for her on air spatter with famous celebrities including Mariah Carey, Jay Z, Kim Kardashian, and Beyoncé among many others. This is one reason her show has a very wide viewership earning her a total salary of $8 million per season.

Celebrity gossip is her area of specialization and the reason why she was also very successful on radio is her tendency to air out controversial celebrity dirty linens in public. And of course this attitude often got her on the wrong side with numerous stars such as 2Pac and Lil’ Kim. 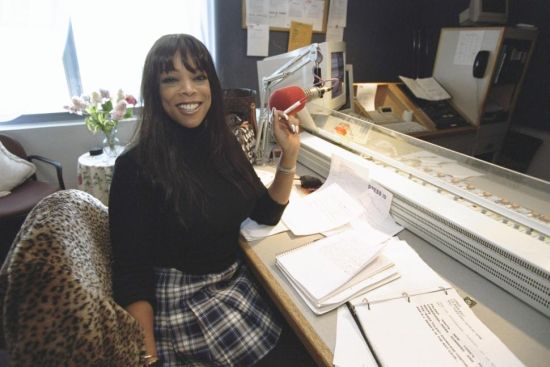 Born in Ocean Township, Wendy graduated from the Northeastern University with a degree in communications. While in school, she doubled by working at the University’s radio station as a DJ, something she was passionate about. Wendy began her radio career working at WRKS as a substitute DJ in New York. The station later hired her on full time basis for their morning show then later to an afternoon drive-time shift where she won the Billboard Award- Best On-Air Radio Personality.

She was however fired after the station was bought by a larger communication company. But Wendy had already a name for herself. In fact, it never took her long to land another job with an urban station in Philadelphia, The Power 99 FM. Here she was so open about her private life often discussing her breast enhancements, miscarriages and former drug addiction that made the station move to 2nd place in ratings. 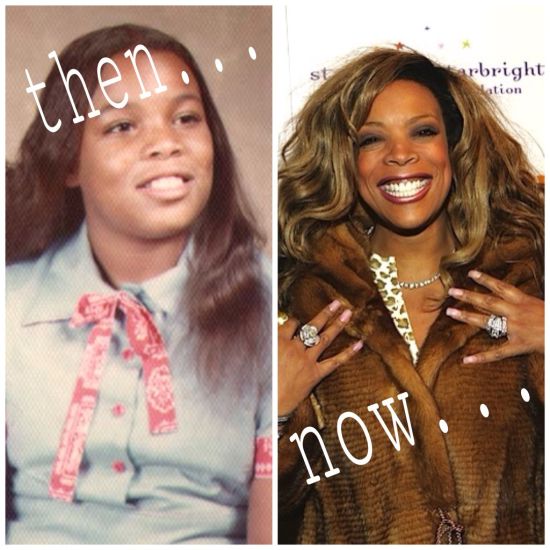 Wendy Williams then and now

Wendy later moved back to New York radio where she vehemently attacked celebrities asking crucial and personal questions and fueling rumors on their misbehaving’s. Jay Z once said that he did not like Wendy’s style of interview, saying the presenter asked 100 questions in a minute, thereby not giving enough time for response. Wendy even once said that 2Pac might have been raped while behind bars that caused a major spur including rumors that the rapper’s song – Why You Turn On Me – was directed at her.

Lil Kim was also greatly aggravated by her controversial on air stories and rumors that she made a song about Wendy called Shut Up B***. Of course the message was that Wendy should get her facts right before blabbing on radio. The presenter, however, never go derailed by these jabs directed at her. She went ahead and interviewed Whitney Houston, asking her on her spending and drug issues. The interview led to a very heated curse words throwing live on air! 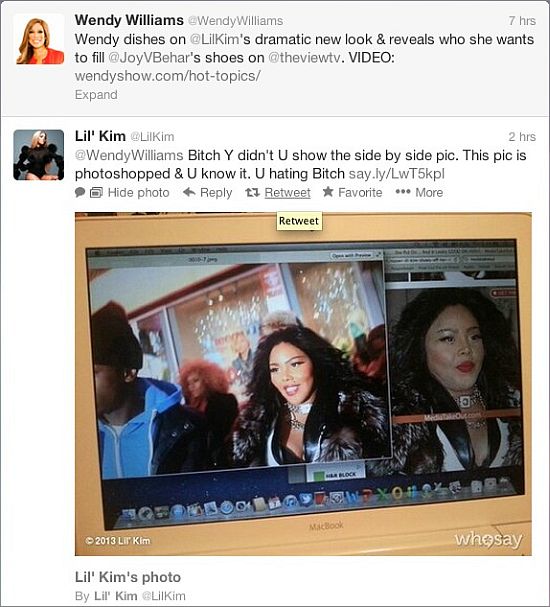 The Wendy Williams Show has been a major success, hosting star celebrity interviews and whispering juicy celebrity gossip. The show originally run on Fox but BET recently obtained rights to the juicy show. She has also appeared on other TV shows such as Martin, One life to Live, Love Triangle, Drop Dead Diva and dancing with the stars. All this have been a huge boost on her net worth getting her from a $17.5 million personality 2 years ago to her massive $60 million today. 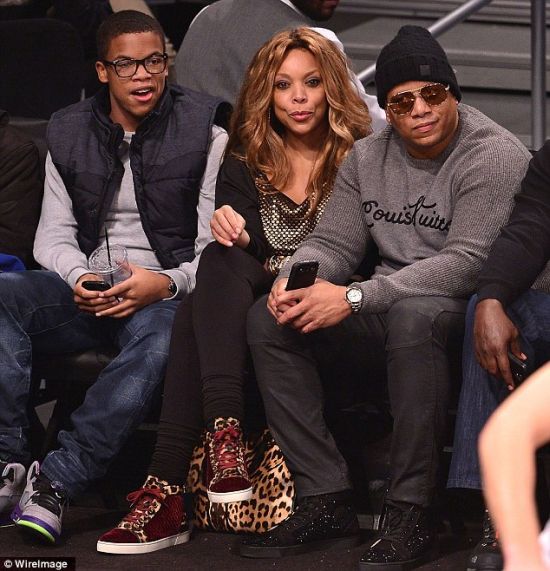 Wendy has a wig line called Wendy Williams Hair World and an Apparel line with QVC named Adorn. She has also written an autobiography and other several books and was the subject of a reality TV series called The Wendy Williams Experience.

« Sandra Bullock Net Worth – The Success of a Happy Single Mama
Serena Williams Net Worth: The Queen of Tennis Conquers It »