Angelina is no less than an icon. She has achieved a cult status not just because of being a successful actor, director and author, but for pioneering fashion trends. Angelina is one of those out-of-this world beauties that you will feel as if she was born to become famous and known for her marvelous arrangement as well as the composition of facial features. When you are so celebrated and beautiful, the paparazzi take pictures of you at every event. And the rumor mills soon start the play. The 39 year old American Actress has also not been spared. Angelina Jolie nose jobs allegations have surfaced when a sort of change in her nose’s structure was noticed.

Has Angelina Jolie gone for a nose job?

The world’s most beautiful woman (as stated by many media outlets) is mostly busy with promoting humanitarian causes when not acting. She has never come out in open about going under the knife. With no confirmation or denial officially, many media outlets have resorted to comparing her pictures from the past to right now. 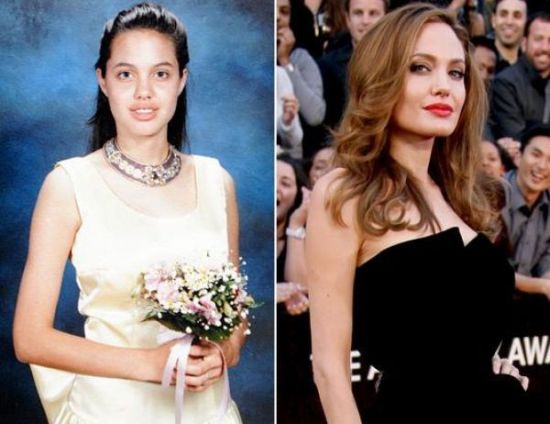 Angelina Jolie then and now

What has been demonstrated by the media is that Angelina has opted for rhinoplasty in order to narrow and define her nose. Her excessively prominent nasal tip now seems aligned. A careful look at Angelina’s photos indicate reducing of the size of Angelina’s tip cartilages and making her nose tip pointed as well as compacter. This has helped to oomph her overall facial features and the flow of visual line from her forehead down to her nose is no longer disrupted.

Some plastic surgeons have also stated that Angelina has in fact gone under the knife to rim her nose. Lloyd Krieger (who is a Beverly Hills based plastic surgeon) came out in open accusing the actress of giving more definition to the tip of her nose and bringing it down. He even indicated that it was performed with a cartilage graft involving removing of cartilage from ear/nose followed by addition to the tip of the nose.

Other Plastic Surgery Allegations Angelina has been accused of

Whilst, rhinoplasty is one of the most prominent allegation Angelina has been accused of, various other cosmetic surgery suspicions are also in store for her. These include a lower rip reduction and Botox Injections. 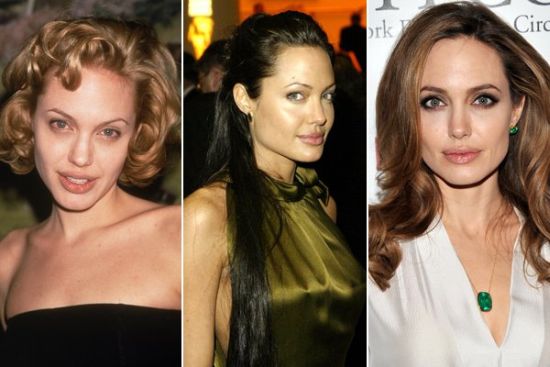 That Angelina’s pout has achieved a cult status. Everyone gas gone gaga over it. And so many stars have even opted for plastic surgeries to get that perfect Angelina pout. Some plastic surgeons have accused Angelina of a lower lip reduction very early in her career. The unbalanced and slightly protruding lower lip was corrected in order to ensure that Angelina can boast the perfect pout.

Some pundits have also come out stating that age had already started taking over Angelina’s beauty and so she opted for Botox injections for a smooth and radiant skin. This seems to me more of a blown up by rumour mills as wrinkles are still pretty much visible on Angelina’s face. 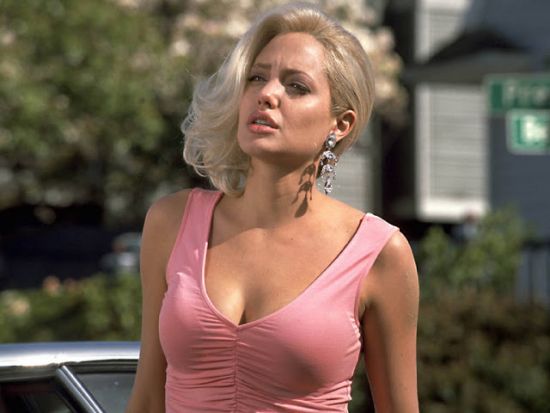 What kind of surgeries do Angelina’s photos suggest to you? Is the nose job evident by her photos? Or do you think that it is rather the human disbelief that no one can be an iconic beauty like Angelina, which led to all these speculations?