Catwoman (Jocelyn Wildenstein) plastic surgery has been the talk of the entire celebrity world. Jocelyn Wildenstein commonly referred to as the “Cat Woman” or the “Bride of Wildenstein,” was voted the scariest model in the world. She has had a number of escapades ranging from lawsuits to beauty enhancements that never yielded desired results.

She has spent a lot of money in surgeries to transform her face to that of a cat. Jocelyn Wildenstein was born in France but career and marriage made her move to Manhattan in the 70s together with her husband the billionaire Alec Wildenstein. She has two children who are now grownups.

Jocelyn Wildenstein has had her painful moments especially after the divorce with her husband. This affected her and is said to be the contributing factor to her wanting to change her appearance and looks. As opposed to other celebrities who want to look glamorous, she wanted to change her entire personality to that of a cat. 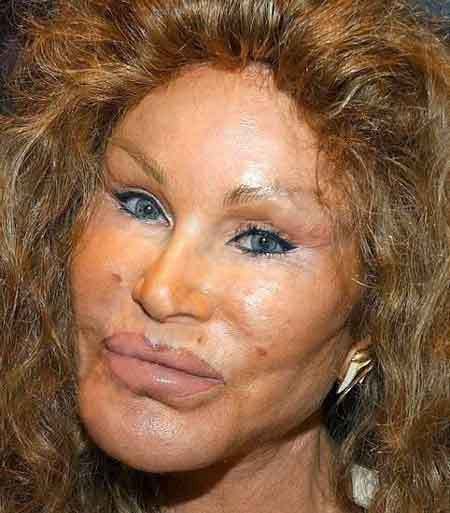 The stress and denial that followed after the divorce could not be erased by the hefty settlement that she got nor the 66, 000-acre ranch in Kenya that she owns. Her closeness with the lynxes and cheetahs could have spurred her on in her bid to adopt a feline appearance.

What Procedures Did She Undergo

Despite her age, her lips are still full and fleshy. Given the years she has lived and especially her before photos revelations, it seems that she went through a lip procedure. Every celebrity wants full lips that are luscious and sexy. Through the injections of chemicals, the lip tissue gets filled up in such a manner that the lips appear youthful and shiny. Looking at Jocelyn Wildenstein, there is no single doubt about this. 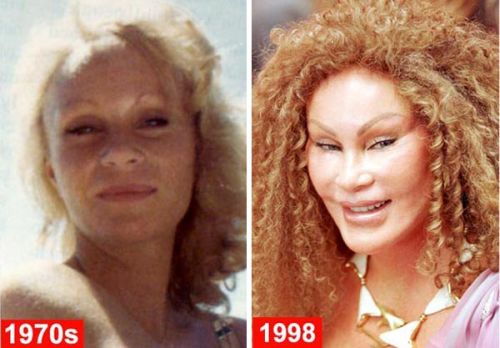 It could have been practically impossible to have such cat-like eyes were it not for eyelid operations. Though she looks scary, her desire to have pear-shaped eyes similar to those of a cat was realized. She looks totally changed and different in her before and after surgery photos. There are no any signs of eye bags under her eyes.

At her age, having fuller cheeks is the last thing that her fans would have expected. Looking at her today, her cheeks are not only full but also shiny. This is usually a combination of chemicals injected into the cheek thereby puffing it up. 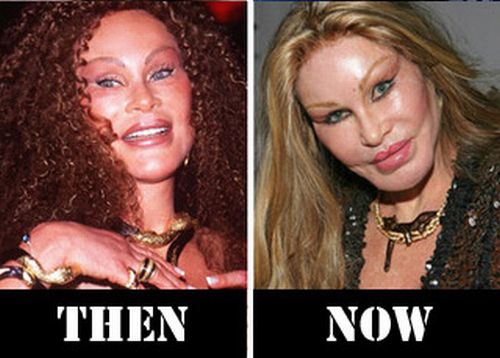 Jocelyn Wildenstein then and now

Her face is unbelievably shiny and alert. This is usually due to Botox procedures including chemicals such as Juvederm and Restylane. Her face is devoid of wrinkles, frown lines and any trace of aging.

Catwoman (Jocelyn Wildenstein) plastic surgery helped her achieve the look that she always wanted- a scary cat-like face. Following the series of corrective surgeries that she is said to undergo, it shows that she is not pleased with how she looks.